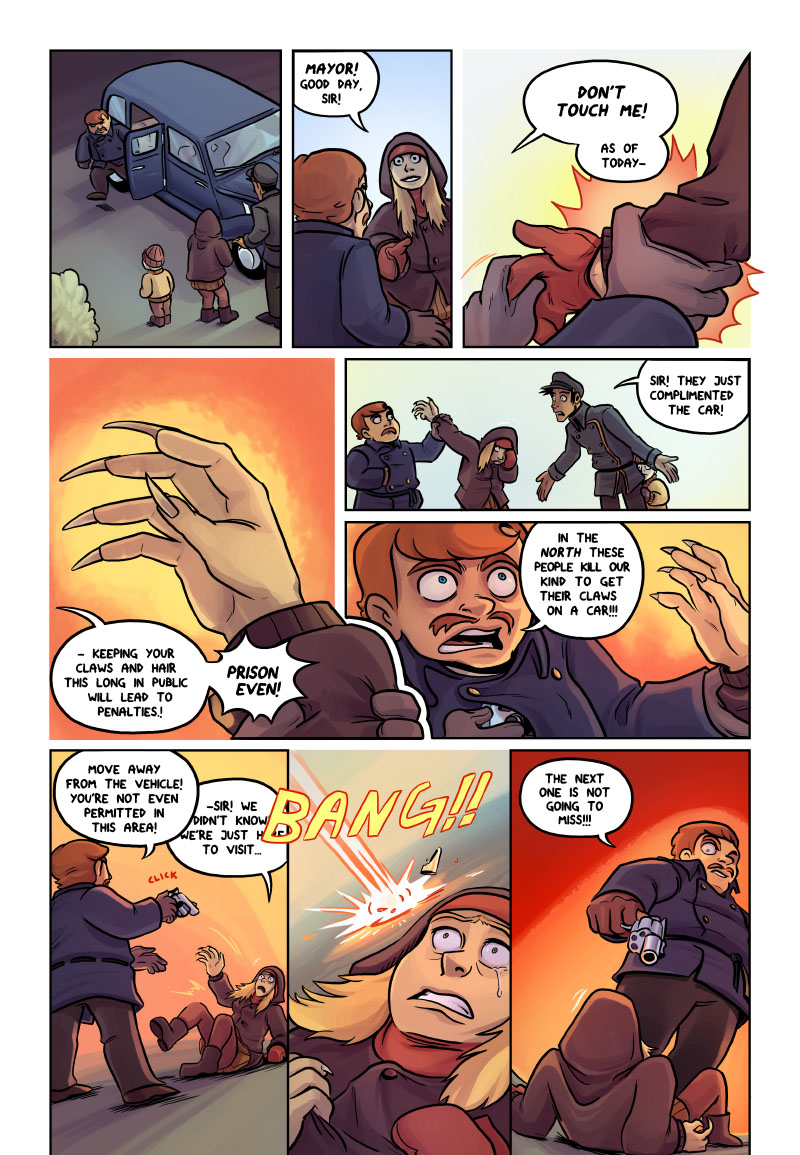 I really like how Frank's like:  "Don't do anything stupid..." & John instantly doing the opposite and stomps out of the car like a child who won't listen to reason... haha!

I know it's a bit weird how her nails are longer in one panel and then shorter in the other. My plan was to exaggerate the nails in the same way John exaggerates in his reaction to the misshapen. I hope it works!

Anyway, had a lot of fun drawing and coloring this page. Fun fact: I used 3D reference for John's gun from one of my first game projects. :) Sshh, don't tell.

See you in a week, my pals!